One of my favorite things about iPlates is the freedom to experiment with different artistic styles for the various covers.  This one was inspired from old 50s and 60s yearbooks. 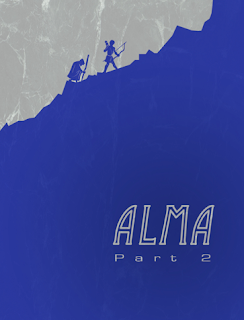 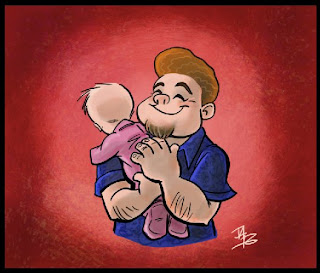 By Stephen Carter
I admit it—I used to think the Book of Mormon was boring.
OK, the war stuff was cool: I liked the parts where the Lamanites get shish kebabed in the spiked trenches, and when Teancum uses his mad ninja skillz to assassinate Amalickiah. And who can forget the scene where Shiz attempts a one-man zombie uprising after Coriantumr cuts off his head!
But I still had a hard time connecting with the characters. I never knew what motivated them. Why was Nephi righteous? Why was King Noah wicked?  Did Chemish really have nothing interesting to say about his life? Maybe I missed the class on Book of Mormon characters at EFY.
Writing the iPlates gave me the chance to really dig into these character’s heads—to see their human side, to understand what kind of struggles they might have gone through. And it worked! I actually got so attached to Abinadi that I teared up when (spoiler alert for all those naughty people who haven’t actually read the Book of Mormon) I wrote his martyrdom scene.
This collection is best described as historical fiction—with an emphasis on the fiction. So don’t go telling your Sunday school teacher that (spoiler alert) Abinadi’s disguise of choice was an afro wig. It ain’t so. I use actual Book of Mormon events to structure the stories, but I make up most of the stuff in between.
With that in mind, sit back and enjoy the iPlates—featuring 100 percent of the Book of Mormon’s violence, tons of bonus character development, and a dollop of preaching large enough to convince your mom that you can read the iPlates during church.
Posted by Stephen Carter at 1:07 PM No comments: 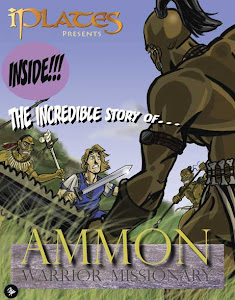 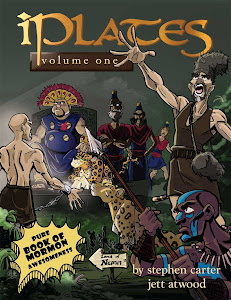 Buy It on Kindle! 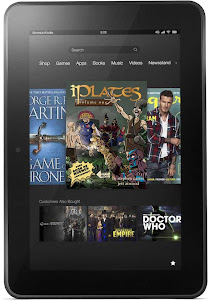 "A story a prepubescent boy would love, with plenty of blood and piles of arms and made up Nephite curse replacements. iPlates would be the perfect baptism gift for an eight-year-old boy." ~Shelah Mastny Miner, Shelah Books It

iPlates "piqued my grumpy tween into devouring a scripture story and raving about it to his friends. No joke." ~Tracy McKay, Dandelionmama.com

"9-year-old daughter DEVOURED Stephen Carter's super excellent Book of Mormon comic book iPlates. Wish I'd had a copy to give to my nephew at his baptism last week. Highly recommended for 7 - 12+." ~Joanna Brooks, author of The Book of Mormon Girl

"Not only does Joe insist I read a chapter of [iPlates] to him each night, he then ... reads the whole shebang himself." ~Doug Gibson, Ogden Standard-Examiner

"This book was awesome. I even took it to school and showed it to some of my friends. I might even like reading scriptures if I could read them all this way. I can't wait for the next one." ~Jeffrey M, age 11, hater of scripture study